While I believe I had seen it in the past, I spotted this sticker in the park in Grand Rapids and got curious of its time and origins.

The WCUZ calls were used from 1980 to 2000, paired with 1230 as a country station. I'm sure many people recall that (I really don't). Does anyone know what year or so this sticker is from as it's a pretty extensive time period? It remains in the park as it obviously has for a few decades now.

(Images don't work in the desktop version of Chrome apparently, so you can right click the broken image and open in a new tab to see it). 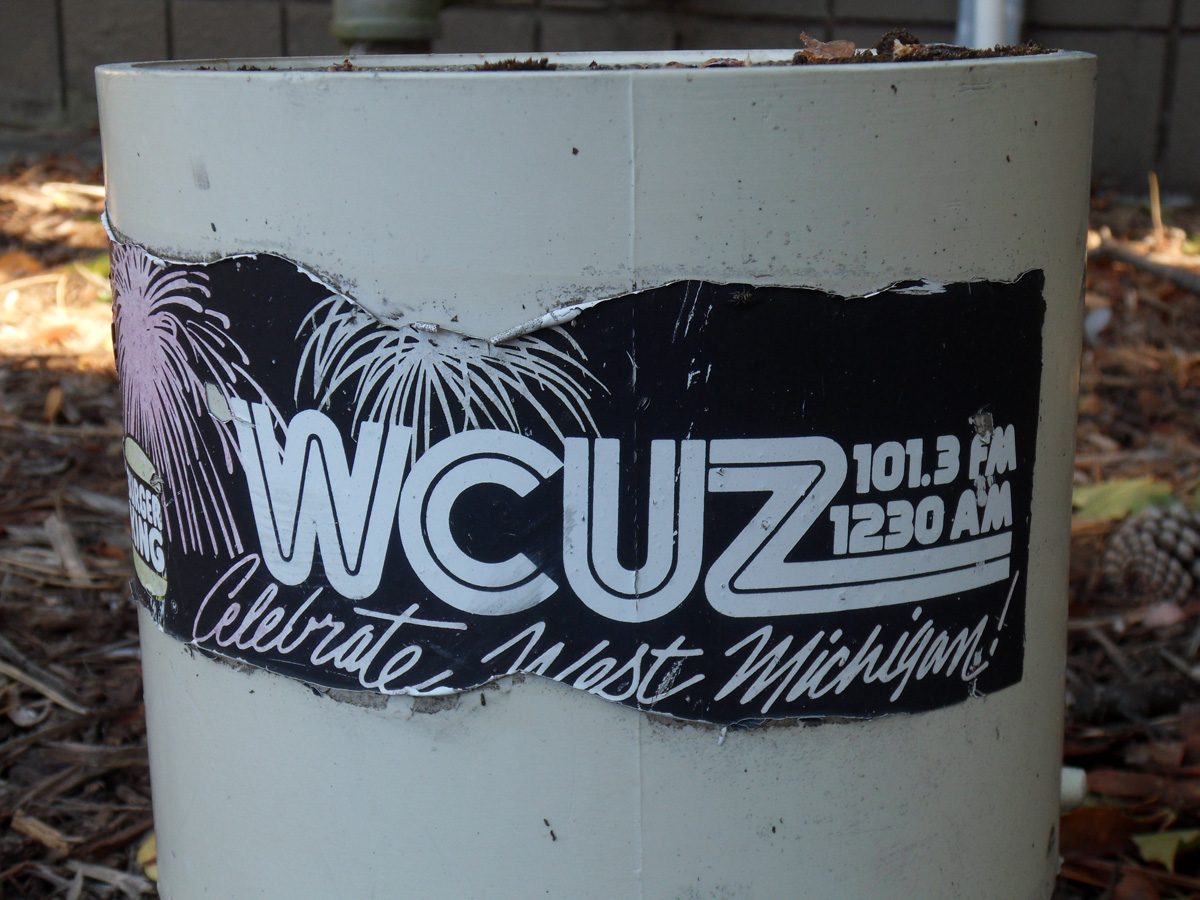 Rock 95.5 in Chicago is the worst sounding major market rock station in the history of corporate radio.

I believe sometime between 84 and 88. It looks familiar from my time there.

Looks like it's from the Pathfinder days, Late 80's.