Acceptable registrations in the queue through November 24 at 6:00a ET have now been activated. Enjoy! -M.W.

Some People Just Need To Stay In Jail

Debate and discussion of current events and political issues in the State of Michigan. Be forewarned -- this forum is NOT for the intellectually weak or those of you with thin skins. Don't come crying to me if you become the subject of ridicule. **Board Administrator reserves the right to revoke posting privileges based on my sole discretion**
Post Reply Previous topicNext topic
7 posts • Page 1 of 1

Some People Just Need To Stay In Jail


A Michigan man accused of causing a shooting that seriously injured an Ohio state trooper during a traffic stop will remain jailed without bail, a judge ruled Friday.

Robert Tramaine Hathorn, 42, of Muskegon, is charged with aggravated robbery with a deadly weapon. It's not clear if he's retained an attorney.

Authorities said trooper Josef Brobst stopped Hathorn's car for speeding late Wednesday on Interstate 75 near Findlay, and Brobst asked Hathorn to exit the vehicle because he smelled marijuana. The two men were standing behind the patrol cruiser when they began struggling over the trooper's service weapon, authorities said, and Brobst was shot in the lower body. 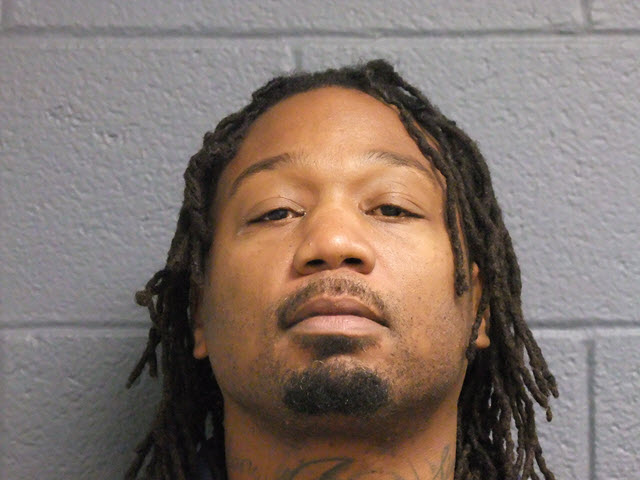 Well, on the bright side, Mr. Hathorn almost made it six months since being released from prison before he is headed back. Maybe he'll stay a bit longer because of his "stellar" past, which include convictions starting in 1999 and continuing through 2016, for:

The first sentence on the MI United Criminal Justice Reform web page is 'Too many Michiganders go to prison for too long." I would argue some Michiganders don't go long enough. One of the things that bother me most is that Mr. Hathorn was discharged with absolutely NO SUPERVISION CONDITIONS placed upon him.

Something needs to be fixed.

One of my all time favorite books and movies was "One Flew Over The Cuckoo's Nest"
Half tongue in cheek I think about giving truly bad people lobotomies.
Not only would it be cheaper to house them but citizens could "check them out" like a library book to do mundane chores like raking leaves shoveling light snow, not sure what all they would be able to do with minor supervision.

I no longer directly engage trolls

A lot of times the news stories will say the suspect "had a history", but I don't think they do enough to clarify that it was a BAD and RECENT history and were just recently release from prison. Nor do they usually say WHY they were released from prison, which could make a big difference. Were they release because they satisfied their entire term, or were they released early because of some other reason (overcrowding, "covid", etc).

km1125 wrote: ↑
Sat Oct 09, 2021 9:46 am
A lot of times the news stories will say the suspect "had a history", but I don't think they do enough to clarify that it was a BAD and RECENT history and were just recently release from prison.

I agree. It's not like that information is hard to find. Took me 30 seconds.

I'm mad that a high school shooting in Texas the shooter was released on $75K bail which should've been way higher like $200K or more just my opinion.

A guy that shot at least two people at a high school should be held without bond.

Aaron McDonald, a guy who just got out of prison this past May, after serving 13 years for sexual assault on a minor, was just arrested for the abduction and sexual assault of a nine year old girl from Farmington Hills.

He didn't even make it six months since getting released. SOME PEOPLE JUST NEED TO STAY LOCKED UP