Debate and discussion of current events and political issues across the U.S. and throughout the World. Be forewarned -- this forum is NOT for the intellectually weak or those of you with thin skins. Don't come crying to me if you become the subject of ridicule. **Board Administrator reserves the right to revoke posting privileges based on my sole discretion**
Post Reply Previous topicNext topic
10 posts • Page 1 of 1

You can't write this shit!!

But, I thought political conventions were all about getting maximum coverage in the media.

You can't write this shit!!

These people are idiots.

Turkeytop wrote: ↑
Sun Aug 02, 2020 12:28 am
But, I thought political conventions were all about getting maximum coverage in the media.

Your error is mistaking a convention for a coronation.

I'll bet FOX News will be there.

Not after those fake polls... 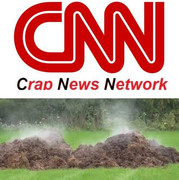 Turkeytop wrote: ↑
Sun Aug 02, 2020 12:28 am
But, I thought political conventions were all about getting maximum coverage in the media.

Your error is mistaking a convention for a coronation.

Piss on you, I voted for Joe Biden!!!
© 2020 Hanson Global Inc. Assembled in U.S.A. By reading this content you accept our terms of use and waive all rights.
Top

They do not want to provide video for Biden campagn ads.

Piss on you, I voted for Joe Biden!!!
© 2020 Hanson Global Inc. Assembled in U.S.A. By reading this content you accept our terms of use and waive all rights.

So would the media not reporting anything that was said and done at the convention help or hurt Trump?
How would it affect his re-election if the media didn't say anything? Didn't show no stump speeches. Didn't show his acceptance speech. Nothing. Give the convention about as much coverage as they would the Mount Pilot County Fair.

Sometimes I think the media is their own worse enemy in their Campaign Against Trump. I've said all this before. When Bill Maher was interviewing Tulsi Gabbard, he said only 20% of America is on Twitter. And it's mostly the media, the entertainment industry and politicians. Those three groups think everyone else in America cares as much about what's being Twitted as they do. But most of America don't use Twitter, Instagram, Tic Tac Toe, or whatever it's called. The media don't understand that because social media is their lifeline.

What if the media didn't regurgitate every Donald Tweet? Who would know what he said?
It's like the media is his best campaign manager.

If the media truly hated Trump, I wonder if their best tool would be to quit covering him. Don't tell us what he said.
Don't show up for the White House press conferences. Let her talk to the chairs.

Still keep up abreast of the Covid stuff. But interview and quote Fauci and the CDC and people like that instead. Make them the "Face of Covid" to America, and quit reporting anything the White House says about Covid. For everything, go to another source for the information and interviews. Could you imagine if every time there's an issue or crisis between now and November, they interviewed Joe for comments, and ignored Donald?

You may disagree with whether they should do it or not. Please don't take all this rambling as Donald Flaming.
I'm just saying if you were in the media's shoes, would all this be an effective way to defeat someone you despise?