Debate and discussion of current events and political issues across the U.S. and throughout the World. Be forewarned -- this forum is NOT for the intellectually weak or those of you with thin skins. Don't come crying to me if you become the subject of ridicule. **Board Administrator reserves the right to revoke posting privileges based on my sole discretion**
Post Reply Previous topicNext topic
35 posts

A 6-year-old boy suffered a gunshot wound after his 44-year-old father accidentally discharged a gun Nov. 23 inside a home in the 6900 block of Castor Street in Chino. German Arturo Junior Morales was arrested three days later at Loma Linda University Medical Center at 11234 Anderson St., according to jail records. He was booked on $100,000 bail at the West Valley Detention Center in Rancho Cucamonga on suspicion of child endangerment and negligent discharge of a firearm, Chino police said.

Chino police were called at 7:10 p.m. to a home in the 6900 block of Castor Street in Chino on a report of a child with a gunshot wound, Sgt. Nancy Franklin said.

“Officers located the child and began first aid,” she said. “The son was transported to the hospital for treatment.”

A court date has not been scheduled because the San Bernardino County District Attorney’s office has yet to file charges.


Police: Man tells officers he shot himself in groin during drug deal in east Columbus

COLUMBUS, Ohio — A man told officers his gun discharged and struck him in the groin during a drug deal Saturday in east Columbus, according to police.

Columbus police say officers were dispatched to the area of East Livingston Avenue and Alum Creek Drive just before 2 p.m. on a report of a shooting.


Officers met with the 19-year-old man who suffered a single gunshot wound to his groin area.

Police say the man told officers that he was in the middle of an illegal narcotics transaction with an unknown individual when his own gun discharged, striking him.

The man walked to the Family Dollar where he was taken to an area hospital in stable condition.

Anyone with information regarding this incident is asked to call Columbus Police Assault Detective Adam Federer at (614) 645-4011 or Central Ohio Crime Stoppers at (614) 661-TIPS.

Re: Knife rampage ends with 2 dead

You’re all so ignorant.

Re: Knife rampage ends with 2 dead 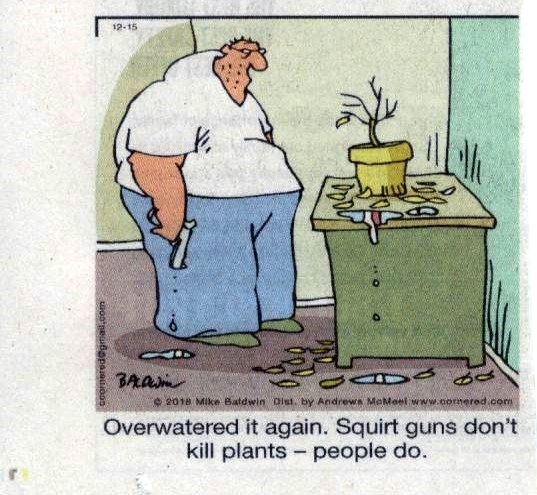 Re: The Tool Enthusiast Thread


PENSACOLA — An aviation student from Saudi Arabia opened fire in a classroom at the Naval Air Station Pensacola on Friday morning, an attack the Saudi government quickly condemned and that U.S. officials were investigating for possible links to terrorism.

The assault, which left four people dead, including the shooter, was the second at a U.S. Navy base this week and prompted a massive law enforcement response and base lockdown.

Twelve people were hurt in the attack, including two sheriff's deputies who were the first to respond, one of whom killed the shooter, Escambia County Sheriff David Morgan said. One of the deputies was shot in the arm and the other in the knee, and both were expected to recover, he said.

The shooter was a member of the Saudi military who was in aviation training at the base, Florida Gov. Ron DeSantis said at a news conference. DeSantis spokesman Helen Ferre later said that DeSantis learned about the shooter's identity from briefings with FBI and military officials.

A U.S. official who spoke to The Associated Press on condition of anonymity identified the shooter as Mohammed Saeed Alshamrani. The official wasn’t authorized to discuss the matter publicly.

Earlier Friday, two U.S. officials identified the student as a second lieutenant in the Saudi Air Force, and said authorities were investigating whether the attack was terrorism-related. They spoke on condition of anonymity to disclose information that had not yet been made public.

President Donald Trump declined to say whether the shooting was terrorism-related. Trump tweeted his condolences to the families of the victims and noted that he had received a phone call from Saudi King Salman.

He said the king told him that “the Saudi people are greatly angered by the barbaric actions of the shooter, and that this person in no way shape or form represents the feelings of the Saudi people who love the American people."

DeSantis said the shooting demanded a response from Saudi Arabia.

“Obviously, the government ... needs to make things better for these victims," he said. “I think they’re going to owe a debt here, given that this was one of their individuals.”

A national security expert from the Heritage Foundation warned against making an immediate link to terrorism.

“If there is some connection to terrorism, well, then that's that,” said Charles "Cully" Stimson of the Heritage Foundation. “But let's not assume that because he was a Saudi national in their air force and he murdered our people, that he is a terrorist."

Stimson said it was also possible that the shooter was “a disgruntled evil individual who was mad because he wasn't going to get his pilot wings, or he wasn't getting the qualification ratings that he wanted, or he had a beef with somebody, or there was a girlfriend involved who slighted him."

Florida U.S. Sen. Rick Scott issued a scathing statement calling the shooting an act of terrorism “"whether this individual was motivated by radical Islam or was simply mentally unstable."

Scott added that it was “clear that we need to take steps to ensure that any and all foreign nationals are scrutinized and vetted extensively before being embedded with our American men and women in uniform.”

One of the Navy's most historic and storied bases, Naval Air Station sprawls along the waterfront southwest of downtown Pensacola and dominates the economy of the surrounding area.


Pensacola is 66 miles from Niceville

Did anyone else find it ludicrous that it took a sheriff deputy to neutralize this shooter on a military base of all places? Why military bases are gun free zones is way beyond me.

Are you certain Nancy didn't think the sign on the door said SALOON instead of Salon?