Mike Bloomberg, the next POTUS.

Debate and discussion of current events and political issues across the U.S. and throughout the World. Be forewarned -- this forum is NOT for the intellectually weak or those of you with thin skins. Don't come crying to me if you become the subject of ridicule. **Board Administrator reserves the right to revoke posting privileges based on my sole discretion**
Post Reply Previous topicNext topic
21 posts

Mike Bloomberg, the next POTUS.

Four years ago, Donald Trump threw himself into the race with an initial event and speech that left many people apoplectic and convinced he didn’t have a chance. Why? He wasn’t following the accepted methods of campaigning and marketing himself.

(Just search “Donald Trump can’t win 2016” and see how many articles you find.)

On a road trip yesterday, I switched back and forth between MSNBC and CNN listening to pundit after pundit downplay Bloomberg’s entry. “He won’t qualify for debates.” “He’s not campaigning in Iowa.” “He’s not doing the retail door to door you have to do to win.”
In effect - “Bloomberg is not following the accepted methods of campaigning and marketing himself.”

The current Democratic field can do everything it wants to out “socialist” each other and advocate one progressive program after another. But when it really comes down to it, the number one thing Democratic and many independent voters want is to get someone else in the Oval Office… anyone really who might actually follow some of the norms we expect from government.

Bloomberg isn’t running a primary campaign… he’s running a general election campaign right from the start. The same thing Trump did. Is he the perfect socialist candidate for the AOC crowd? No, but a lot of voters will hold their nose and vote for him just like the other side did in 2016.

Bloomberg is more Trump than Trump, this is going to be great.

Another capitalist billionaire for President. What could possibly go wrong?

What do you care, Butterball?

Btw, did you realize the Canadian mortality rate is caused mostly by “death by taxes.”

well... unlike trump, Bloomberg actually has some previous experience in politics, being the mayor of America's most populous city for 12 years (beginning right in the aftermath of the September 11th attacks, no less!)...

~ The Legendary Raccoon-Fox has spoken!

I have to give an Amen to everything Radio Sucks says in the first post of this thread.
And ponder if Radio was reading my mind. Because a lot of what Radio says are the same thoughts crossed my mind.
Someone outside the box. Like FET-500 doing his Flounder impression "Oh boy is this great". 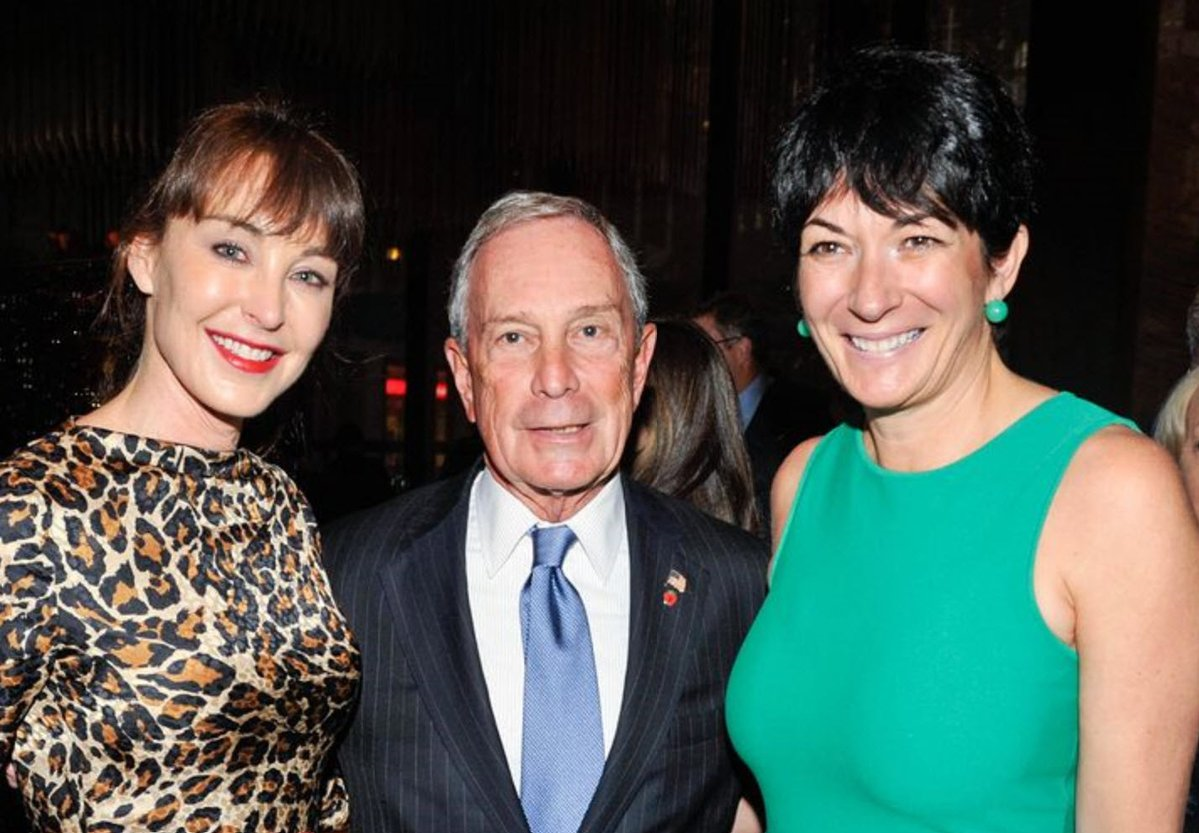 Like I said... this is going to be great.

Putin will have his way. His puppet stays. Period. And third party candidate TG is all pressed and dressed in her white pantsuit to play that third candidate Russian-kompromoted role.

Russian nonsense? He laughs at the stupidity of Americans. Tulsi in 2020. Trump wins. Watch.

screen glare wrote: ↑
Thu Nov 28, 2019 4:47 am
Putin will have his way. His puppet stays. Period. And third party candidate TG is all pressed and dressed in her white pantsuit to play that third candidate Russian-kompromoted role.

Russian nonsense? He laughs at the stupidity of Americans. Tulsi in 2020. Trump wins. Watch.

You really need to loosen up your tin foil hat a bit. You seriously buy into Hillary's Tulsi-is-a-Russia-plant crackpot conspiracy theory?

Just like you were dead wrong when you said Hillary would win in 2016, you're dead wrong about Tulsi Gabbard running 3rd party. Won't happen. Trump may well win (I think it is a coin flip at this point in time), but it won't be because of Tulsi Gabbard running 3rd party. Even if she did go 3rd party (which she won't), she would be lucky to get 1/2 of 1 percent of the total vote. She still polls in the low single digits among Democrats. Also keep in mind that her support demographic is OVERWHELMINGLY white male. Whatever tiny vote total she could muster would include some previous Trump supporters.

You really should do some research before making crackpot predictions such as these. But you won't. Actually, maybe you should seek some mental help. Your brain is so wrapped up in Russia conspiracy theories that you're already laying the groundwork in your own mind so you can mentally deal with a scenario where Trump wins - ie, creating a scapegoat (Russia), a tool (Tulsi Gabbard), and an excuse for 4 years to whine about Russia instead of admitting that maybe Trump won on his own accord.

Like I said... this is going to be great.

Andrew Cuomo should of honestly IMO, that looked to be one of there better options. The Top 3-4 honestly, could likely lose to Trump.

Would voters on the left, where race and class warfare are often come up as talking points, really nominate a very rich white guy? Demographically, he may be TOO similar to Trump for their liking.

Of course conservatives can vote in democrat primaries, just like many of those democrats did to intentionally hose us with the "weak" Trump. Oh well, that backfired.

Hope Mike or Pete - or both on same ticket - run against Donald and likely his soon-to-be new VP Nikki.

Thanks to Putin’s even bigger, better election interference 2.0 - nobody but Trump will win. However - ‘til then - it would be kickass to see Mike - the NY mayor who unmasks Trump BS with ease - plus scholarly spoken, courageous, cool-under-fire mayor Pete - both take apart Putin’s crackpot-of-a-potus.