We have a problem: the police.

Debate and discussion of current events and political issues across the U.S. and throughout the World. Be forewarned -- this forum is NOT for the intellectually weak or those of you with thin skins. Don't come crying to me if you become the subject of ridicule. **Board Administrator reserves the right to revoke posting privileges based on my sole discretion**
Post Reply Previous topicNext topic
60 posts

Because they’re monsters and they like to steal things from people they don’t understand, are jealous of, and hate.

Tickets are given to people the cops accuse of being “distracted.”

Here’s what I would say to them: “It would be easier not to be distracted while driving if you didn’t shine those blinding lights in my mirrors and face, blared a deafening siren, and approached me with your fat face asking questions that I WON’T ANSWER!!!!”

Like I’ve always said, I’m all for giving the mentally challenged jobs, but why do they have to be cops?

Cops slammed into a 12-year-old boy crossing the street and another crashed into a pole bringing down power lines.

AND THESE FOLKS ARE SUPPOSED TO BE KEEPING YOU SAFE!

They’ll probably call a press conference to say how “dangerous” their job is. “WE RAN OVER A 12 YEAR OLD TODAY! WE ALSO SLAMMED HEAD-ON WITH A UTILITY POLE! OUR JOB IS DANGEROUS. WE NEED A RAISE!!!”

All of you: “Oh, yes, masters! Whatever you want!”

When the cops hit the 12 year old, they were trying to turn him into a vegetable, not cottage cheese.

Cop beats up homeless woman with a baton.

I'm not against police but I'm starting to understand 101's position.

What kind of work do cops do if they’re not doing cop work?

In some other ways, it is anti big-government. On that we can agree.

Police have been given too much power for much too long. Power corrupts. Absolute power corrupts absolutely. Doesn’t matter who it is.

The media turns a blind eye to it. It’s either in bed figuratively or literally with them.

A sheriff’s statement says they received “unequivocal direction” from the state attorney’s office Thursday that the second-degree murder charge against 28-year-old Eric Vail was dismissed. They didn’t have any indication that he was to be held on a first-degree murder charge after being indicted in the same case by a grand jury in April. So he was released.

But the state attorney’s office responded that sheriff’s officials should have known about the charge because they took Vail to court Thursday on the upgraded charge.

Vail is accused in the drive-by shooting of a 27-year-old man in October. He was arrested in January.

An investigation into about $50 worth of stolen items from a Walmart led to the Lexington County Sheriff’s Department being ordered to pay a former suspect $200,000.

A jury ruled that a former Lexington County deputy violated the civil rights of Sabrina Jackson after the officer charged her with a crime she didn’t commit. The verdict ends a five-year legal process that began with video footage of a woman allegedly stealing from Walmart in Red Bank.

“We think Lexington is a very fair minded county and that the good people of Lexington will stand up to their own police force when they are shown facts that their own police did not act according to the law,” said Robert Phillips, Jackson’s attorney.

In 2014, a Walmart manager contacted the Lexington County Sheriff’s Department about a black woman who left the store without paying for items, according to Jackson’s lawsuit. Deputy Darren Wiseman, who was named the 2014 community officer of the year, investigated the incident and spoke with a woman who supposedly knew the shoplifter.

The woman told Wiseman her friend “Sabrina Jackson” was the person with the stolen merchandise. Wiseman looked up records for a black Sabrina Jackson who lived in Lexington and charged her with shoplifting, the suit claimed. Wiseman had the wrong person though. Months after Jackson went through jail booking, hiring a lawyer and emotional distress, the charges against her were dropped.

After a trial last week, presided over by Judge Alison Renee Lee, a jury found that Wiseman and the department wrongfully arrested and charged Jackson. Jurors awarded Jackson $200,000 in damages.

“We were very appreciative of the verdict,” said Jake Moore, a Lexington lawyer and co-counsel for Jackson. “The judge gave us a good trial. ... I thought the jury did the right thing.”

In Jackson’s suit, her lawyers wrote Jackson “in no way could be described as fat.” But a police incident report described the shoplifter as being around 5 feet, 9 inches tall and between 200 and 250 pounds. The DMV record obtained by Wiseman listed Jackson as 5 feet 1 inch tall and weighing 160 pounds, court exhibits showed. The contradicting descriptions were presented in court as evidence that Wiseman should have known he was arresting the wrong person.

The jury heard testimony from 10 witnesses during the trial, including Wiseman and Jackson’s parents.

“The jury found unequivocally that deputy Wiseman arrested a person without probable cause,” Phillips said. “Probable cause does not convict you. It gives an officer a constitutional right to arrest you to take you to trial. It’s a very low standard and we proved he didn’t even have that.”

The suit claimed that Wiseman arrested Jackson because she was “simply black...in Lexington” and that he made up evidence. The jury, however, did not find that Wiseman falsified a case against Jackson, and he had no racial bias in his arrest, according to court records. Wiseman was not “willful, wanton, or reckless” in his arrest, the jury found.

“The jury decided the shoplifting investigation, that was based upon the testimony of two witnesses, did not meet the probable cause standard,” said Dave DeMasters, an attorney for Wiseman and the department. “Everyone who is charged with a crime enjoys the presumption of innocence, which is why the shoplifting charge against Mrs. Jackson was immediately dropped by Deputy Wiseman in 2014 when the complaining witness did not appear to testify for the criminal case. We wish Mrs. Jackson the very best and hope that the decision puts the matter to rest for everyone involved.”

The sheriff’s department and Wiseman may appeal the jury’s decision.

Before the trial, Walmart settled with Jackson for an undisclosed amount, according to court records.

“Our associate acted reasonably and in good faith at all times. We are pleased to have resolved this matter with no admission of liability,” Walmart spokesperson LeMia Jenkins said.

Wiseman and the sheriff’s department are defendants in another suit that makes similar allegations to Jackson’s. In the case, a Richland County deputy, who served with Wisemen in the military, claims the Lexington cop wrongfully arrested him in a domestic dispute to prove he wasn’t biased for law enforcement officers. The Richland deputy was found not guilty. That lawsuit was moved to federal court.

Police turn a black man into Swiss cheese, firing 55 shots in 3 1/2 seconds. And the city attorney says “fine by me!“

The cottage cheese we get in Florida always tastes better than the stuff we get here. 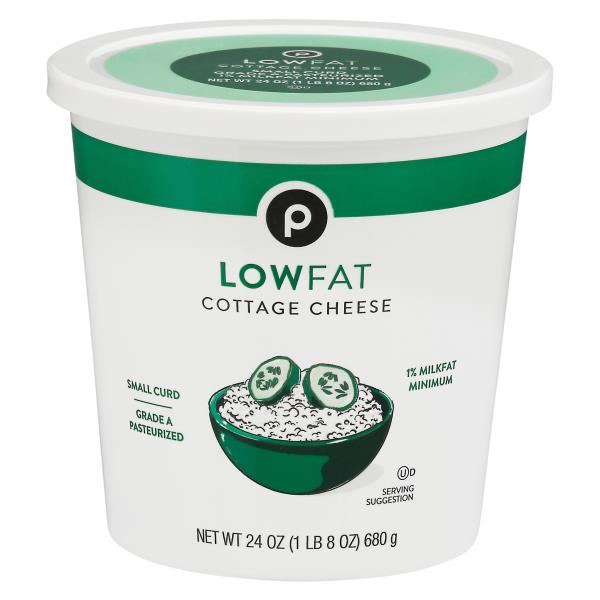 Every bit as good as their beer?

"The problem with communication is the illusion that it has occurred."

Resident piece of garbage Scot Peterson could spend 100 years in prison for ignoring kids getting killed inside the school he was supposed to be protecting.

What a joke! These people do not work for you. They use you for their own gain.

Oh, and he's collecting 80K a year in a pension that you're paying for. See what he did there? He neglects kids, they end up dying, and he gets a fat pension!