Acceptable registrations in the queue through January 10 at 7:30a ET have now been activated. Enjoy! -M.W.

Debate and discussion of current events and political issues across the U.S. and throughout the World. Be forewarned -- this forum is NOT for the intellectually weak or those of you with thin skins. Don't come crying to me if you become the subject of ridicule. **Board Administrator reserves the right to revoke posting privileges based on my sole discretion**
Post Reply Previous topicNext topic
119 posts

DAC, keep your racist slurs to yourself.

Now make it a great day!

Clearly you didn't look it up. A "Chigger" is a form of parasitic mite whose very existence and survival depends on it LITERALLY getting under someone skin.

lovinlife101 wrote:I don't need to look up a racist word to know what it means. But feel free to continue using it since I support your (<---- correctly used) right to free speech. However, I wouldn't use it in my neighborhood. I can't control how other people would react to it.

You are an amazing piece of work.

1.
North American
a tiny mite whose parasitic larvae live on or under the skin of warm-blooded animals, where they cause irritation and dermatitis and sometimes transmit scrub typhus.

You are irritating. You thrive on getting under peoples skin. Your constant spewing of bullshit infects everyone else. Chigger is the right word for you. If you want to keep getting your "knowledge" from urban dictionary, or go by whatever the lingo is in your neighborhood rather than what things actually mean, then please do so. It just adds to your game. Maybe you should find a better neighborhood. I can't control how chiggers react to it, but I am grateful to live in a neighborhood that isn't yours.

Someone PLEASE put this douche bag in the proper repository. There's no amount of kindness or tolerance that will help him, and that is sad.

Meanwhile, so what about BILL HARRIS?

I'm sure he was fired as the intern.

Rest of us need to start clicking on the red ! on the bottom right of posts to begin reporting to MWmetalhead to add 'em to the douche bag repository.
Lovin' your here to just stir the pot, we know it. That's what trolls do.

Did yawl ever git chiggers? Da itch like da dickens.

OK...I've got a few minutes I can waste on what most likely will be a useless rebuttal.....

lovinlife101 wrote:Interesting theory, but you're 100% wrong. Fewer cops has resulted in less crime. Sorry to pull out facts on you. I'm sure you enjoy going with your gut, personal beliefs, and emotion on these things, but studying the issue is much more accurate.

100% wrong???? More Police, Managed More Effectively, Really Can Reduce Crime. When a city applies moneyball methods to policing, it lowers the rate of offenses by an average of 10 percent.

source: Brennan Center for Justice at NYU School of Law.

Isn't this just your opinion? Where are the facts to back it up? (And I don't ever recall me saying you stutter!)

There was not "lots more, death, destruction and anarchy" as our friend audiophile put it

There wasn't any drugs and violence was a lot less. Not a very good comparison to today's culture, 101

Oh my God, I totally forgot about the opium riots of 1787. That’s when hundreds of settlers were stuffing iron nails, shards of glass, and partially cooked haggii into blunderbusses then firing into mobs of ravenous heroin addicts. It was an absolute slaughter, until they had to reload… 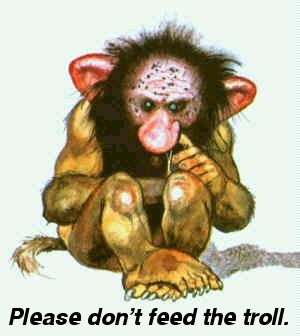 I’m not going to call it names. I’m simply going to mock it.

Eddie the Dead wrote:I’m not going to call it names. I’m simply going to mock it.

A story is first published on the NBC25 site by Dave Bondy followed by a brief factual update by Bill Harris an hour later. Images are posted by their reporter in the field.
NBC25's Kyle Mitchell, ABC12's Jessica Dupnack both report live from the scene, TV5 and MLive cover it as well.
But in your estimation,

This is so telling for Bill Harris.

Life, you're a repulsive, classless, knuckle-dragging, dickless halftwit. A cancer.