The Last Dance and Jordan’s gambling

No $8 beers here... just a place to discuss your favorite Sports Teams, classic & current events in the world of sports, and share your Sports knowledge!
Post Reply Previous topicNext topic
4 posts • Page 1 of 1

The Last Dance and Jordan’s gambling

“I don’t have a gambling problem! I only do it to soothe deep, emotional pains. I only do it when I’m stressed out. I can stop whenever I want! Is that a roulette wheel over there?”

It has been a pretty good Doc the best sports doc ever made.

Sounds like Pippin, along with Horace Grant, is none too happy about how they were cast in the "documentary".

I've always been of the opinion that there's nothing more pathetic than older, former athletes getting pissy and bitter about getting due credit of their former glory. I don't care if it's 'Al Bundy' and his running fullback days at Polk High School or Michael Jordan. It's sad as hell but all too common. For the record, I think Jordan is unquestionably the best professional basketball player ever, but that's as far as it goes in terms of admiration. Frankly, the only person that came out smelling like a rose in the film was Steve Kerr.

While the whole endeavor was entertaining, it's too bad it will end up being the de facto recorded film record about that remarkable run. A real documentary, one without the principal subject's fingerprints all over the writing and editing would have been much more satisfying.

EDIT: After I posted I saw this chart on Reddit that I found fascinating. Opens up a lot of questions in terms of how much value a player brings or has brought to a team in terms of scoring. 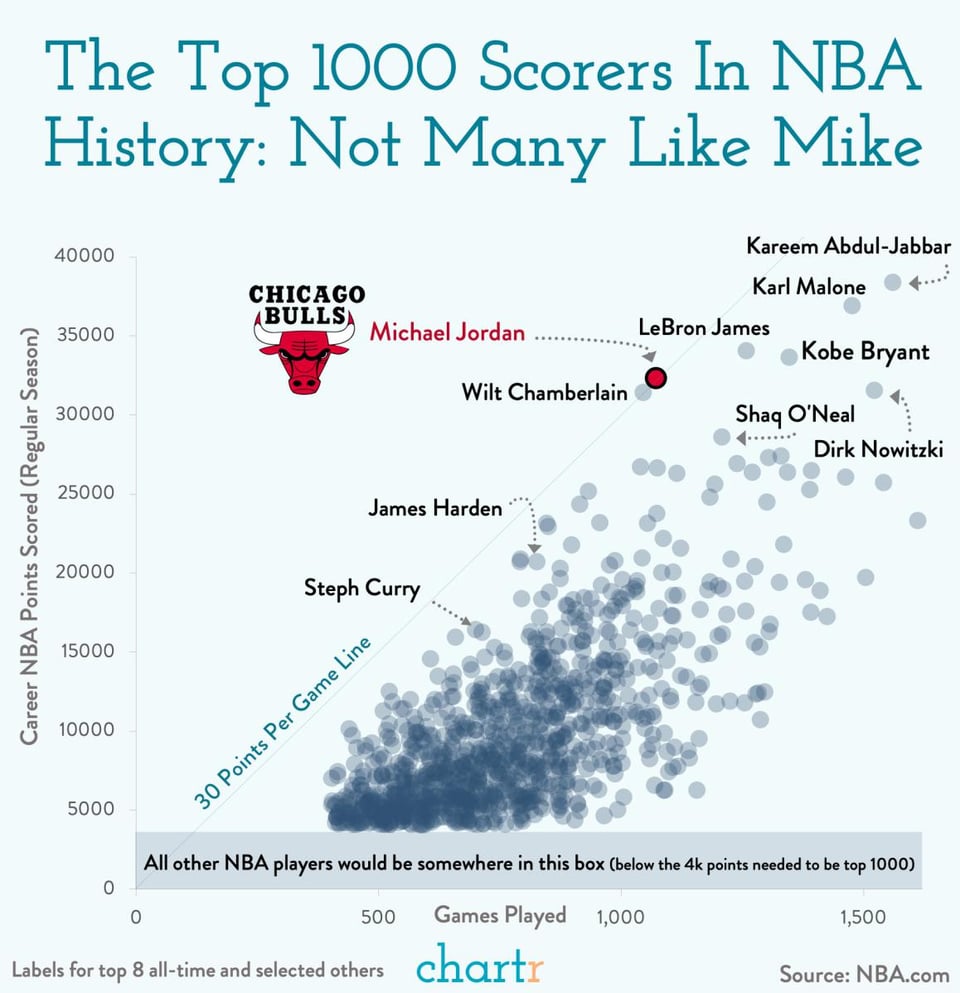 Interesting that regardless of if the 30pts/night anchor point stays fixed or is shifted, it clearly shows there are/were a more than a few well regarded regarded players who are/were overrated in their value any given night *cough* Kobe *cough*.

Return to “The Stadium”