A place to talk about any topic on your mind (non-broadcasting related). General conversation.
Post Reply Previous topicNext topic
1 post • Page 1 of 1

Niceville woman arrested after battery with a baseball bat

Sloan Elizabeth Carlson Raney was charged with a felony after she attacked a 16-year-old victim, according to her arrest report from the Okaloosa County Sheriff’s Office.

The incident involved multiple teen girls, according to a press release from OCSO.

The 16-year old victim, who is 5 feet tall and 110 pounds, “was held to the ground, punched in the head, and hit with a baseball bat outside her home,” the release said.

According to the report, the girl had “facial abrasions, a sprained ankle, and other non-life-threatening injuries.”
She told OCSO deputies the attack by two other female teens, which was captured on video by bystanders and uploaded to Snapchat, was connected to a dispute over a boy.

The bat was later found discarded on the south side of Bay Drive near the intersection with Prestwick Drive.
Raney said she only struck the victim with her fists.
The investigation is ongoing.

Niceville is 4970 miles from Nice 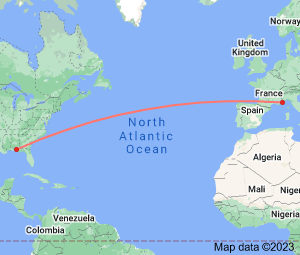