A place to talk about any topic on your mind (non-broadcasting related). General conversation.
Post Reply Previous topicNext topic
6 posts • Page 1 of 1

INDIAN HARBOUR BEACH – Police say a 21-year-old woman squeezed her boyfriend’s testicles so hard during an altercation that they bled, according to the report.

Katie Lee Pitchford, of Indian Harbour Beach, was charged with Battery Domestic Violence on Tuesday, June 4, 2019, after striking her boyfriend with a brush. In addition, she was also charged with Violation of Probation stemming from a case when she hit a law enforcement officer in November 2017.

She became so enraged that she hit him with her fists and scratched the left side of his face, according to the affidavit. Deputies said they observed a large scratch on the victim’s face and a bruised left eye.

“The victim also stated the defendant ‘grabbed him by his balls and squeezed them until they were bleeding,'” the deputy said.

The boyfriend said Pitchford then grabbed him around his neck until he couldn’t breathe. The victim eventually got away from Pitchford to call law enforcement.

Pitchford told deputies they were “in an argument and nothing physical,” according to the report. However, deputies placed Pitchford under arrest.

Pitchford then asked a deputy if she “could talk to the victim because she wanted to say she was sorry.” Instead, she was transported to the Brevard County Jail, where she is still being held without bond. 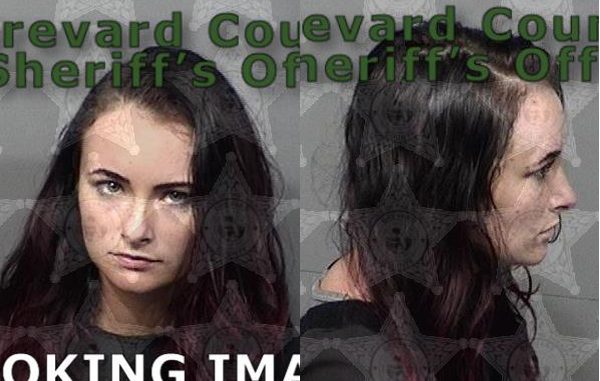 
You have to use the good brand of duct tape. The cheap stuff, they can work it loose with their tongue.

She really needs to get a grip!

Cain killed Abel with a rock. God blamed Cain, NOT the rock.

It took balls for her to do that.

You have to use the good brand of duct tape. The cheap stuff, they can work it loose with their tongue.

She always said he was a real handful.

Cain killed Abel with a rock. God blamed Cain, NOT the rock.

I imagine many women have been tempted to do this.

Support The Miracle League of Michigan -- because EVERY child deserves the chance to play baseball!
Visit www.michiganmiracle.org